Turning off that critical voice

I’m doing a comedy improvisation course at the moment. Yes, me – picture book writer and editor – doing comedy impro like Whose Line Is It Anyway! I still find that quite amazing to write down.   I did it (partly) to take myself out of my writer-ly comfort zone where I forever fiddle with individual words for picture books…and instead to explore spontaneous storytelling.

For in this case, impro, with the brilliant Kepow Theatre Company, is less about “Tell us a joke about a toaster! Now!” and more about character and plot – creating stories out of thin air.

So how does this feed into writing picture books, on my own, on a Monday morning?

I think the key thing is that it reminds me to tell That Voice on my shoulder to go away. You know, That Voice. The one that says “Well that’s no good, ooh, not original enough, that’s far too obvious, blimey, what were you thinking?!” (Or is that just me?!)  In impro, our great course tutor, Kevin Tomlinson, tells us to switch off that inner critical voice and, crucially, to instead say “Yes! And?…” to every suggestion.

Sometimes, both in impro and in writing, I’m finding that the most obvious things are the right things. Rather than listening to a manic inner voice screaming “Come on! More Original! More Creative!” it’s about finding the truth of what would happen. When I’m writing picture books about characters who are two years old, I have to keep reminding myself to go for the reality of what they would do. Would they really scream at this particular point? Would they actually go ominously quiet?  Similarly, in impro (particularly in the early stages of a scene), audiences don’t really want that envelope in your hand to contain a magic spell for invisibility. They want it to be a letter, or a job offer, or a will.

Every Monday evening, our supportive group – all of whom start out with nothing in our heads – end up in stories where we’re two inches high, exploring underground laboratories, or heading off to the moon.  And we’re finding that improvising satisfying stories spontaneously is truly thrilling (especially when we do it in front of a live audience). Yes, it can be a terrifying place in your blank head, in that moment before you speak – but when a scene flies, it’s fantastic.

On the other hand, sometimes the most obvious thing isn’t right, and you need to be highly creative and imaginative. But having a positive Voice which says ”Yes! And?…” to every thought doesn’t mean you’ll end up with a boring story. Instead it prompts you to think – what would move the plot forward?   What if they opened that door, looked into that box, went into that wood?… In impro, you continually have to move the story on instead of ‘blocking’ it by saying “No” (internally or externally!). You have to go down that dark corridor (where you can hear something licking its lips) – whereas in real life you’d very sensibly run away!

Turning off That Voice also means that you get to delve right inside your head and see what truly bonkers things pop out. In one picture book story for me, this was an enormous multi-coloured monster who kept causing chaos whilst a normal family was trying to have breakfast. And sometimes in impro, you can find yourself being interrogated by an invisible giant who is trying to kill you…

Whichever way it takes you, it’s a great release to tell That Voice to sit down, shut up and let you get on with what your brain offers up.

Now sometimes, of course, as a writer, the critical Voice is helpful. When you’ve got a story written and you’re happy with most of it, you need that Voice to needle out what’s not working and be quite hard and honest. But first you have to get the first draft written down. And for that, I personally need my critical Voice to take a long spa break somewhere very far away. (This is a particular issue for me, as I’m also a freelance commissioning editor.)

So now I’ve got a new Voice on my shoulder when I’m writing those first drafts. It prompts, it encourages. It dares me to create new characters, to tease out the reality of existing ones, and to take them to weird and wonderful places.

And I’m just about to perform in another impro show. (In the last one, I became a woman obsessed with tropical fruit, who ran over her two-timing ex-lover with a double-decker bus, specially hired for the purpose. I spent a good few days wondering where that came from.)

Once Upon a Time 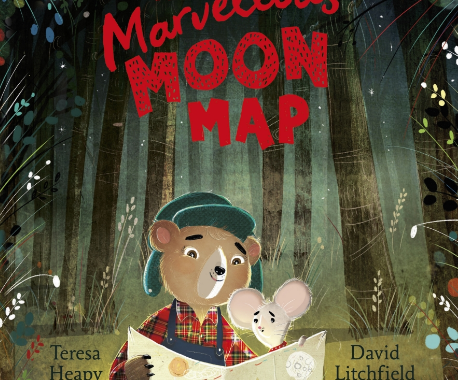 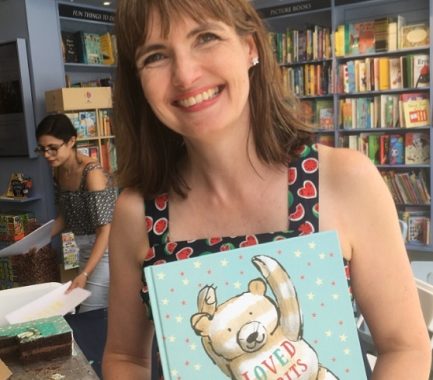 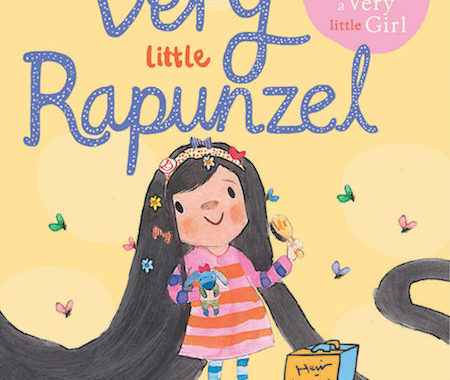