Yesterday, Sue Heap and I had the honour of attending the 2015 Oxfordshire Book Awards where – very wonderfully – Very Little Red Riding Hood won the award for Best Picture Book.

I grew up in Oxford (my old Middle School was a stone’s throw from the Oxford High School, where the ceremony was held), and I still live here, so to win this award – voted for entirely by children from 30 schools in Oxfordshire – is a real honour for me. My parents and my family (who have all inspired me to write in so many ways) all came along, so it was a particularly special afternoon. 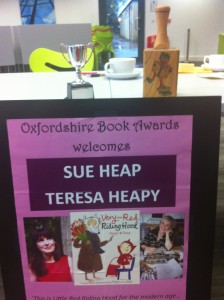 We joined a brilliant list of winners: Robin Stevens won the Primary Novel Award for Murder Most Unladylike, Marcus Sedgwick won the Secondary Novel Award for She is Not Invisible, (unfortunately he couldn’t join us for the ceremony) and Jo Cotterill’s Looking at the Stars was Highly Commended.

A huge thank you to the Oxfordshire Book Awards team, who gave us flowers, prizes – and of course lots of cake (always very important)! 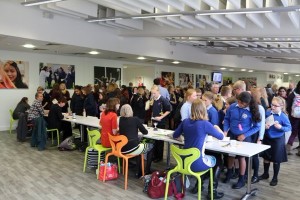 ….meeting so many children, all fired up by a love of stories and wanting to talk to as many authors and illustrators as they could!  One even brought in her own sequel of Very Little Red Riding Hood to show us (Very Little ended up eaten by a crocodile!).  A group of children also came up onstage to show us their pictures they had painted, inspired by the book: a huge cuppatea; some vivid Little Reds; a properly funky Grandmama.

The team at the Oxfordshire Book Awards do wonderful work, sparking up a life-long love of reading in children, and encouraging the use of schools and libraries across the county.   This ceremony showed they are doing a marvellous job: the joy and enthusiasm of all the children who came was both infectious and inspiring.

A huge thank you to everyone from Sue and I – and a VERY large cuppatea (and a slice of cake). 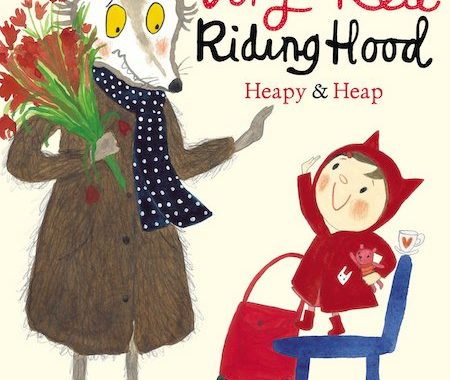